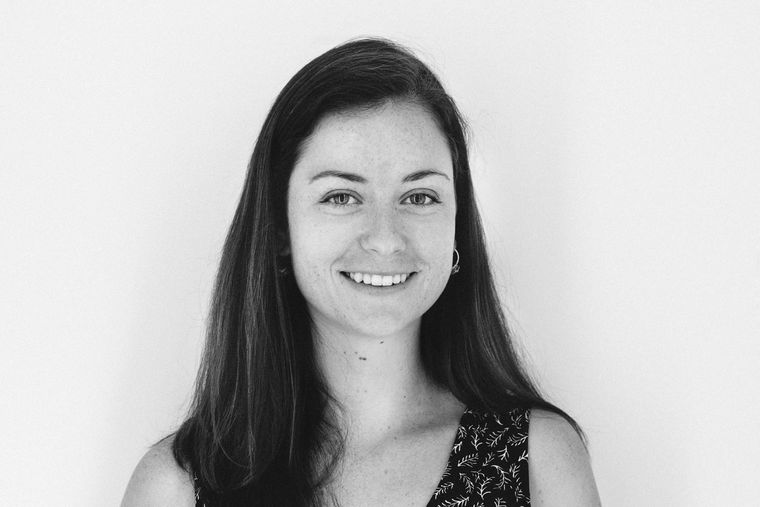 Interview by Sophia Tenaglia, OC Teen and Development Committee Intern
This Alumni Profile was originally published in the "Open Connections Magazine".
At what age did you start at OC? What programs were you involved in?
I was three years old when I started at OC in the Open Program. When I first started I went to the old OC in Bryn Mawr. Over the years I was involved in many programs including: Open Program, Susan Shilcock’s Tuesday Tutorial, A Nature Program with Warren Graham, Lucy Tyson’s Theater Program, and Shaping Your Life with Mike Hilbert and Diane Webber. I graduated from OC in 2012.

What led you to OC?
To be honest, I was a bit young to be making that choice for myself. My mom, Diane Webber, has taught at a variety of schools during her career, including Friends Select in Philadelphia and The Miquon School in Conshohocken, PA. My older siblings, Allie Neilson and Ian Webber, went to The Miquon School while my mom was working there and continued a bit after she stopped working to stay home with me. The original plan was to only homeschool me, but when my older sister, Allie, told her teacher she wouldn’t be coming back to school next year because she was going to be homeschooling, my mom decided to include all of us in the new plan. We started at Open Connections because we wanted to find a community of friends and mentors. I know OC filled that role for my family and me for many years.

What have you been up to since graduating from OC?
While still at OC, I started taking classes at Montgomery County Community College (MCCC). After OC, I wanted to try out the idea of going to art school, so I built a full-time course load taking academic classes at MCCC and fine arts courses at Pennsylvania Academy of Fine Arts (PAFA), which I highly recommend!

I started college at the Maryland Institute College of Art (MICA) in Baltimore, MD when I was 18. I began in pursuit of a printmaking major, but early on changed my major to graphic design. I graduate in May 2017. During college I have worked at IBM Kenexa as an interning designer and I am currently working as a designer with an amazing group of people at Drexler in Baltimore, MD.

Looking ahead, I’m getting married in June and moving wherever life takes us after that!

How did OC impact you? What did you find useful?
I believe that OC made me a more confident public speaker, more comfortable around adults, and encouraged me to see people of all ages as my peers. OC made me a very self-directed learner. I always noticed this when doing independent projects in my academic classes at college. Many other students would do the minimum to “succeed” in the course while professors commented that I seemed to actually be interested and go further than the minimum. I credit part of this to not starting college already burned out from years and years of [traditional] school. However, I believe I benefited most from [Peer] Facilitations in OC Tutorials. When I am assigned a presentation and told it has to be 5 minutes long I am shocked and anxious about how I will say what I need to in so little time while my peers are anxious that they will have to present longer than 2 minutes.
More Alumni Interviews